Automakers lack incentive to mass produce light-duty hydrogen vehicles in the absence of large numbers of hydrogen refueling stations. The California Zero Emission Vehicle (ZEV) mandate, developed by the Air Resources Board (ARB), has been in effect in the state since 1998 with the goal of reducing emissions of criteria pollutants and greenhouse gases from light-duty vehicles. Since 1999, the ARB has been working collaboratively with automakers, hydrogen station developers and other government agencies through the California Fuel Cell Partnership (CAFCP) to identify and address technical, operational and economic barriers to the development of a commercial hydrogen Fuel Cell Electric Vehicles (FCEV) market in the state. As a result of this collaboration, the State of California currently has a coordinated approach to economic and other incentives to encourage hydrogen FCEV market development. Through its outreach efforts the CAFCP has also done an effective job in educating local government officials on the applicable safety codes, regulations and protocols associated with hydrogen refueling stations and the operation of FCEVs to help facilitate expedited permitting of hydrogen stations throughout the state, creating an attractive environment for station network development, but the problem is evident. Automakers can’t produce a vast number of light-duty vehicles without the presence of more hydrogen refueling stations (HRS).

To build consumer confidence and increase the number of fuel cell vehicles on the road, the hydrogen station network needs to empower drivers to travel across California and beyond.

This is exactly the purpose of the NOVO hydrogen refueling station network.

Develop massive hydrogen refueling station infrastructure to support large-scale adoption of hydrogen passenger vehicles. NOVO’s proposed 300 HRS represent the future for supporting FCEV deployment initially throughout five western states, while removing a key obstacle for buyers and early adopters of hydrogen vehicles. This will assist the five states to meet ZEV goals and initiate a platform for all states to adopt the ZEV initiative. NOVO is proposing a unique approach for its 300 Hydrogen Refueling Stations for the Future initiative that moves away from the current retail HRS model and incorporates the potential for heavy-duty fueling without negatively impacting the fueling experience for light-duty customers. NOVO’s network of stations includes all greenfield sites focused on ARB designated Market Initiation and Connector/Destination sites (in California) to leverage early adopters and co-locate stations in areas of high commuter traffic and high-volume heavy-duty truck routes. NOVO has developed a station design that will be used throughout its network to achieve economies of scale as well as branding the NOVO fueling stations as the preferred hydrogen refueling solution for light-duty, and as demand increases, heavy-duty customers. Revenues and credits will present a key strategy in NOVO’s continued expansion throughout the 5 Western states.

At the core of hydrogen-powered transportation is the fuel cell which produces electric current from hydrogen stored on board the vehicle. Like the battery electric vehicle (BEV), the fuel cell electric vehicle (FCEV) uses electric motors to drive the wheels. Whereas BEV motors draw electricity stored in the vehicle’s batteries, the electricity that powers the FCEV’s motors is produced on-demand by the fuel cell, using as its inputs compressed hydrogen stored in on-board tanks and oxygen from an onboard air compressor. Through an electrochemical catalytic reaction, electricity and heat are produced as long as fuel and air are supplied to the fuel cell. A fuel cell consists of two electrodes—a negative electrode (or anode) and a positive electrode (or cathode)—sandwiched around an electrolyte. Hydrogen (Fuel) is fed to the anode, and air (Oxygen) is fed to the cathode. A catalyst at the anode separates hydrogen molecules into protons and electrons which take different paths to the cathode. The electrons go through an external circuit, creating a flow of electricity. The protons migrate through the electrolyte to the cathode where they unite with oxygen and the electrons to produce water and heat.

Minimal batteries: Because electricity is produced on-board, as needed, electricity storage requirements are minimal. Lithium-ion batteries are heavy, costly, and have a negative environmental impact, both in manufacturing and disposal. Without a need for extensive battery capacity, FCEVs can be lighter and less environmentally impactful to produce than BEVs. When manufactured in substantial numbers, FCEVs can be cost competitive with BEVs.

Rapid refueling: Filling a hydrogen tank takes about as long as filling a gasoline tank. Fully charging a BEV’s batteries, by contrast, can require several hours.

FCEVs offer additional performance advantages versus BEVs: Because they do not require significant battery storage, FCEVs are substantially lighter, resulting in handling and acceleration advantages over BEVs.

Superior vehicle range: Hydrogen fuel has high energy content per unit of weight and, in compressed form, per unit of volume. Each energy unit stored in the form of electricity, by contrast, requires large, heavy lithium-ion battery capacity. FCEV range is comparable to that of conventional internal combustion engine (ICE) vehicles.

Because several core benefits of hydrogen – high energy content, portability, flexibility, practicality – are especially valuable in transportation, production of affordable heavy- and light-duty FCEVs is projected to expand rapidly in the coming decade. 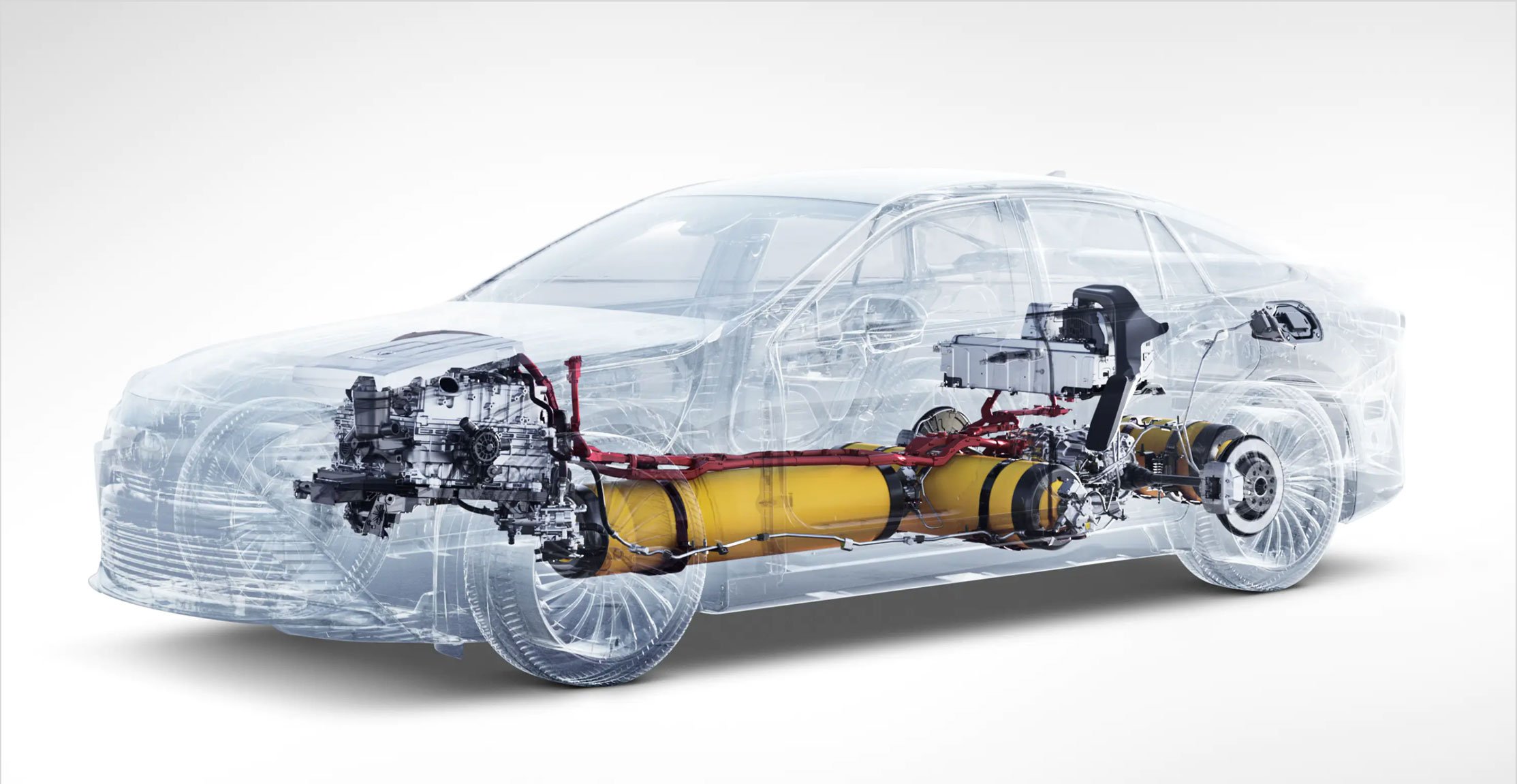 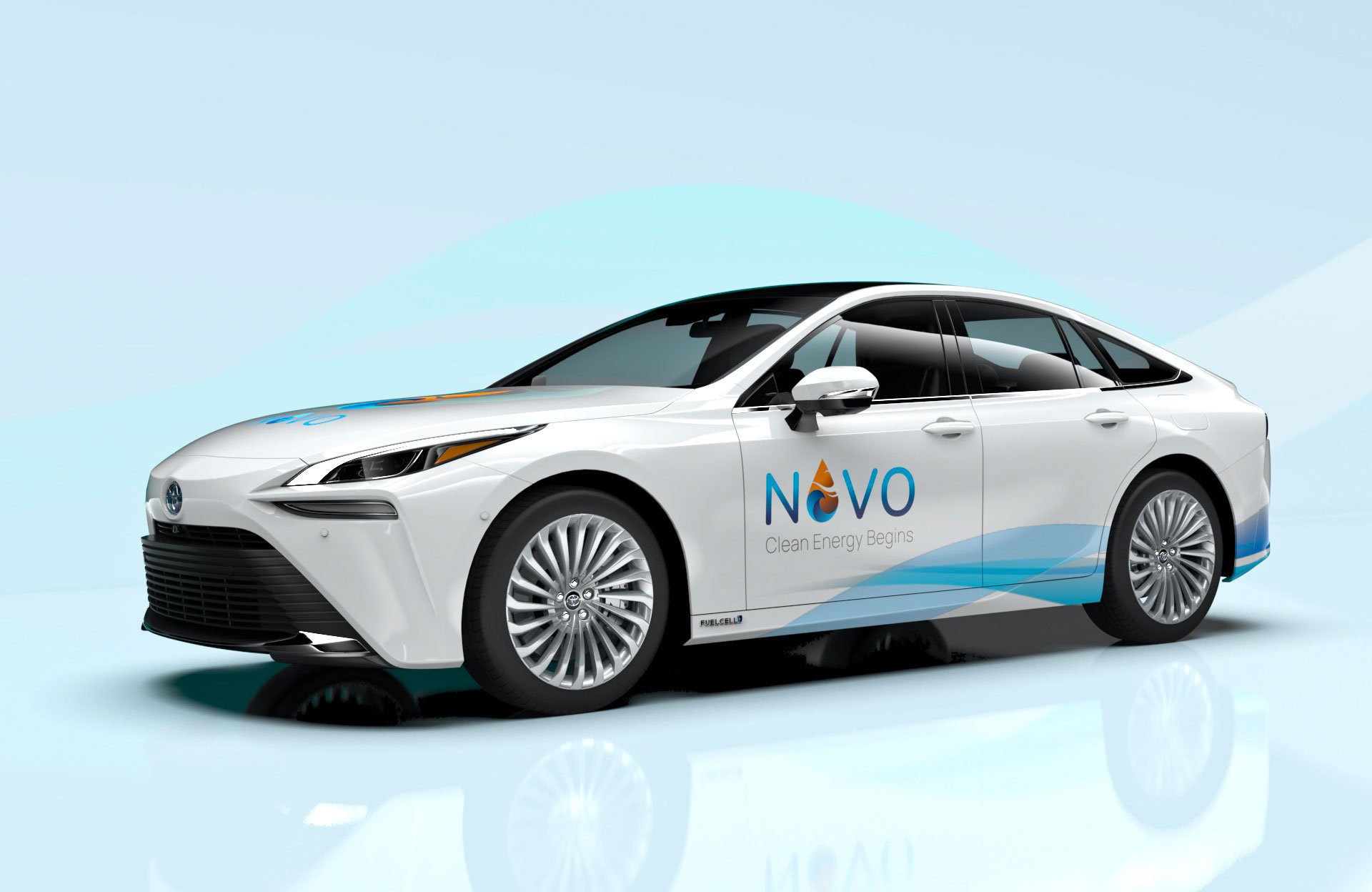 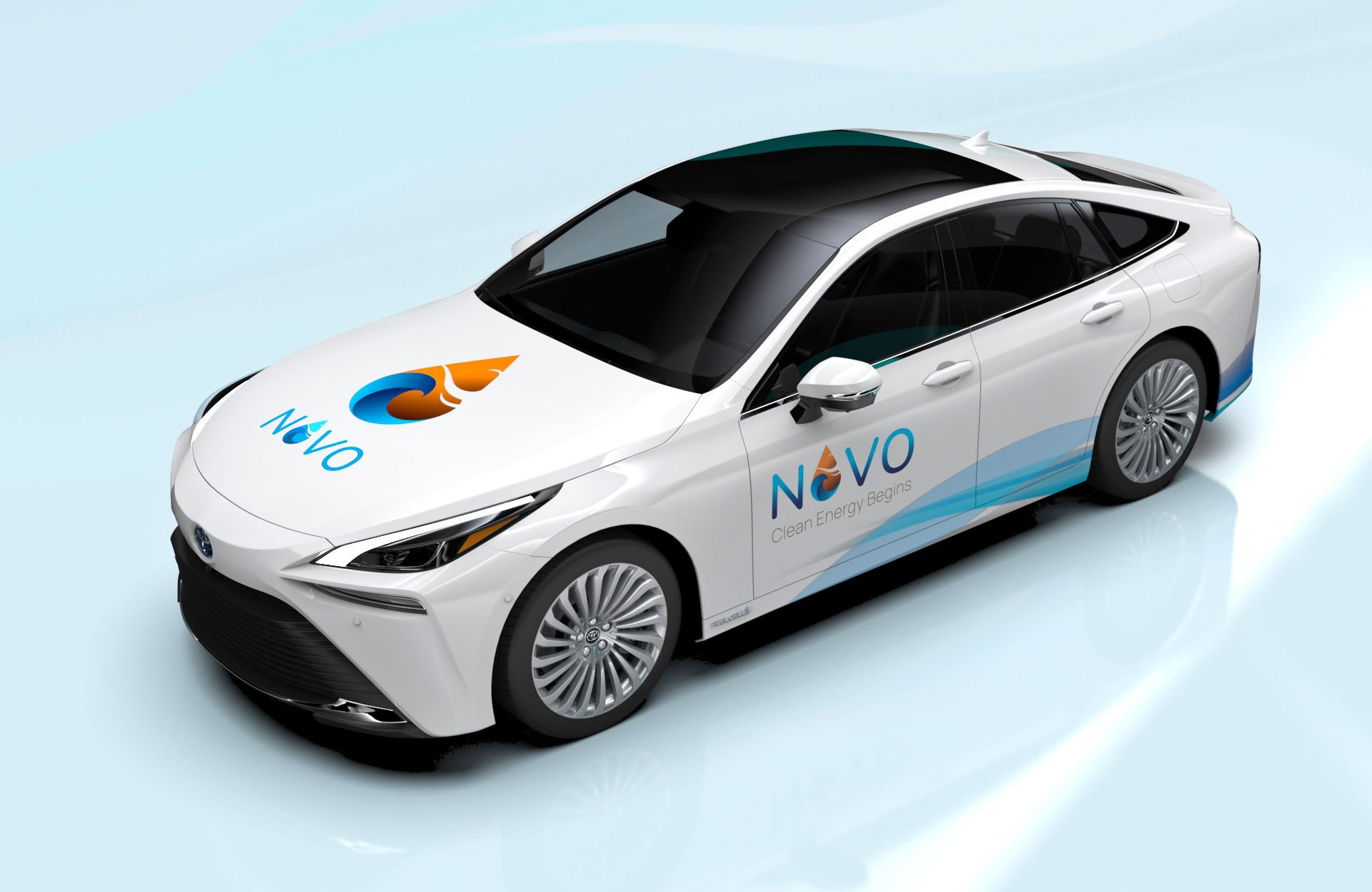 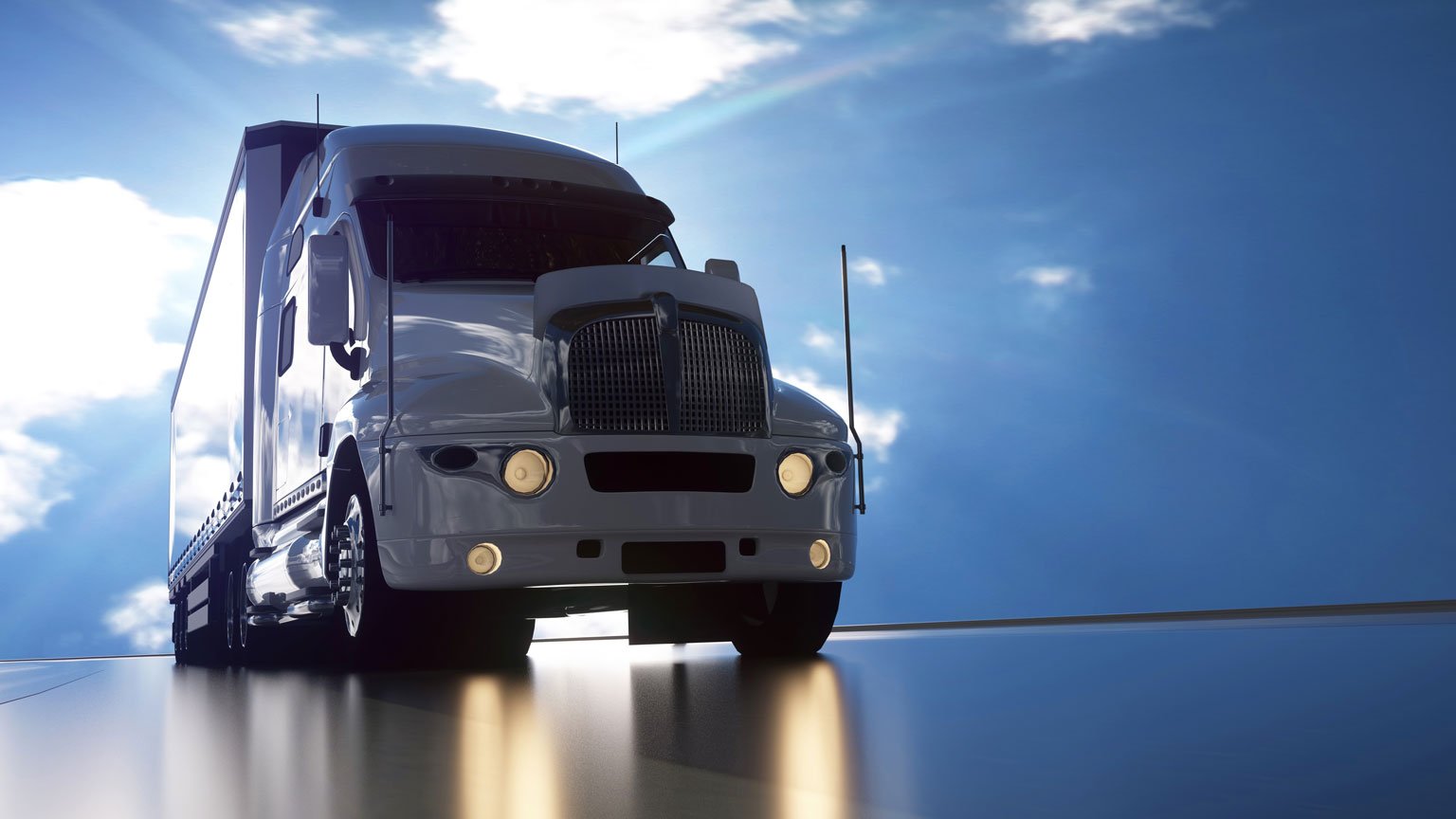 Extremely specific methods for filling at both pressures have been defined in the SAE (Society for Automotive Engineering) J2601 Fueling protocols document.

Once a station has been built and is ready to be placed into retail service, the station developer must administer a series of test standards developed by ANSI (American National Standards Institute) and CSA (Canadian Standards Association) to confirm the station performs as expected.

Currently, the process to confirm the performance of light-duty retail hydrogen refueling stations for retail customer use requires station developers to contract the Hydrogen Station Equipment Performance (HySTEP) device owned and operated by the California Air resources Board (CARB). This is challenging because there is only (1) HySTEP device that operates in the state of California (1 of 2 in North America) and its time is committed primarily to the testing and commissioning of HRS that have been funded through the CEC (California Energy Commission) grant awards.

The primary purpose of the HyStEP device is to be used by a certification agency to measure the performance of hydrogen dispensers with respect to the required SAE J2601 fueling protocol standard. Specifically, the device has been designed to carry out the test methods of CSA HGV 4.3 to measure that stations follow the fueling protocols standard SAE J2601 including IrDA communications per SAE J2799.

Once successful testing (ANSI/CSA HGV 4.3 test matrix) is complete, testing data is shared with the automakers for their review and final approval to fuel their vehicles at that station.

Prior to approval of retail sales, a hydrogen dispenser must be certified by California DMS (Department of Measurements and Standards) to ensure that:

Typically, these tests are performed by a (RSA) registered service agent of DMS and witnessed by county officials.

Dispensers are re-tested annually thereafter, and Maintenance Tolerances are applied.

Automakers for years have emphatically stressed the need for a third-party organization to assume these responsibilities as station confirmation testing is a service they only want to provide in the short-term. 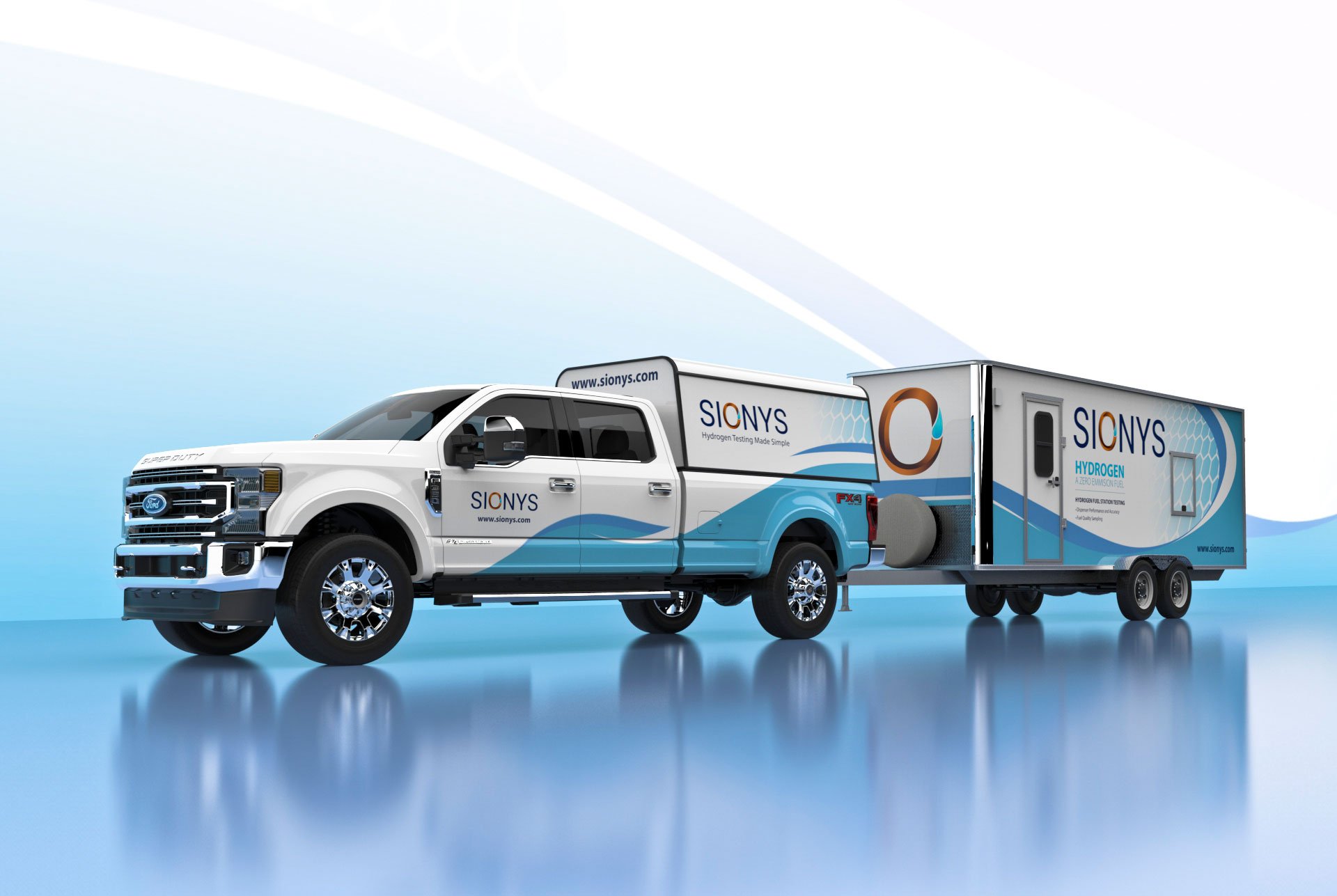 The third-party company that NOVO selected to conduct all testing, station commissioning, certification and purity testing is Sionys. 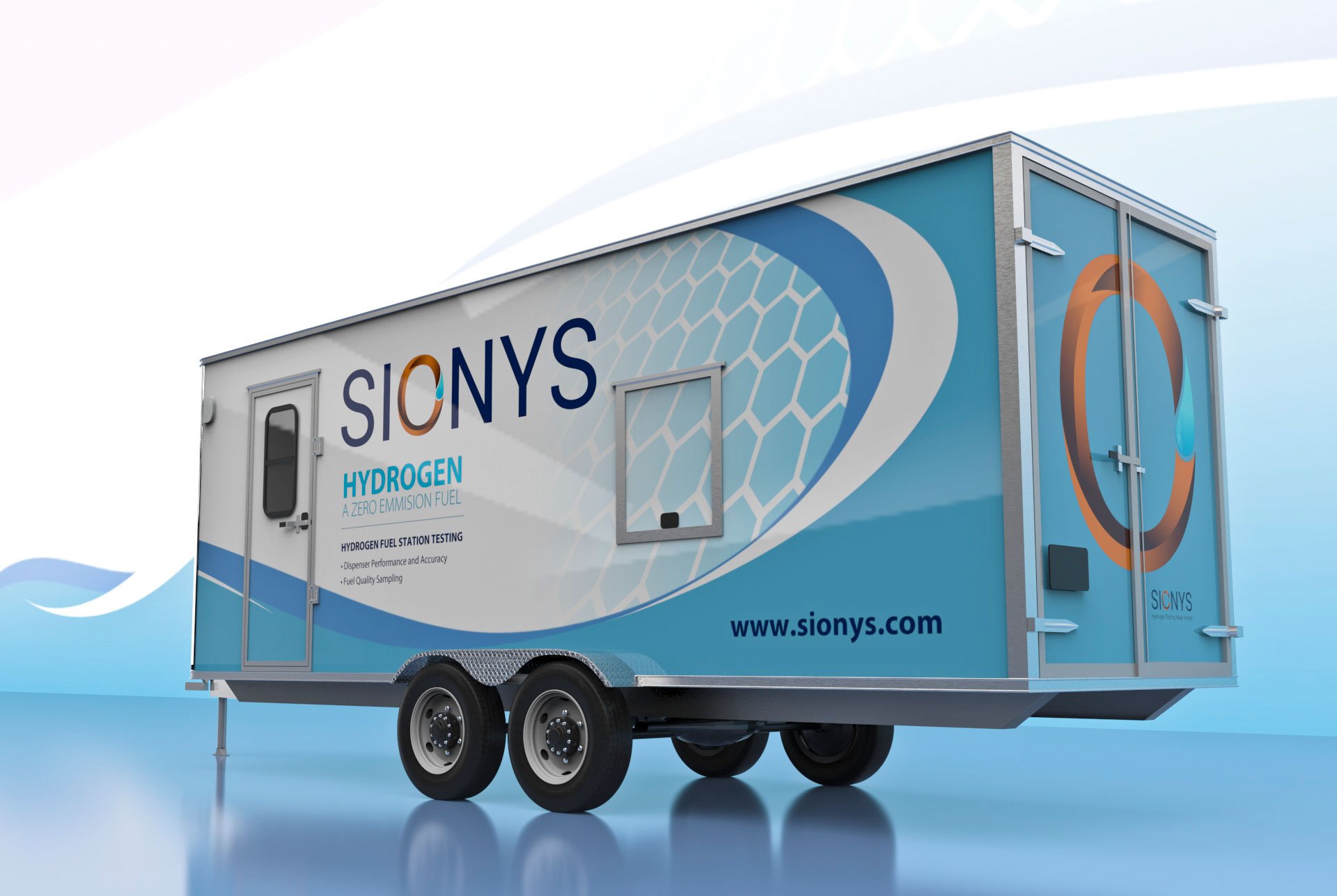 Sionys is the only third party company with the specialized equipment, experience and staff to provide quick and reliable testing, validation and certification of hydrogen refueling stations in North America.